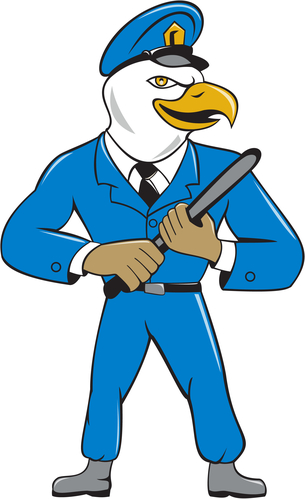 People move about the world for different reasons; climate, health, employment, family and to escape for a better life. Our forefathers risked their lives for a dream of a brighter future.

Legendary golfer Phil Mickelson, a California native, complained about the state having the highest taxes in the nation and he was (gasp!) considering moving to a more tax-friendly jurisdiction. He later apologized, saying it was “insensitive to state his opinion publicly when people are living paycheck to paycheck.” Could high taxes be part of the cause?

“Tiger Woods moved from Orange County, California to Orange County, Florida. In the first year of that move, he saved $13 million in taxes. …. Now it looks like Phil Michelson is about to make the same decision. He earns $60 million a year-he would save north of $5 million a year to move to a free State, like Florida or Texas.”

Woods earned well over $1 billion before taxes; his net worth is estimated around $600 million. California’s top tax rate is 13.3%. It’s not just one year, would it be worth an extra $133 million in taxes to live in CA?

The new federal tax law caps the state and local tax deduction at $10,000 which places an even larger burden on the top wage earners.

The most notable escapee is hedge fund manager, David Tepper. While his income was not made public, estimates say it could cause a budget gap of well over $100 million.

“Clearly, it’s not just billionaires and hedge-fund managers who are seeking sunnier climates for their financial futures. …. According to the website www.savetaxesbymoving.com, a single New Jersey taxpayer making $50,000 annually would save $1,215 per year by moving to Florida. If that money is invested at 6% interest until retirement at age 67, that taxpayer would have an additional $110,408 net worth – not exactly small change.”

Arthur B. Laffer and Stephen Moore’s Wall Street Journal (behind paywall) article, “So Long, California. Sayonara, New York” sums it up this way:

“We estimate, based on the historical relationship between tax rates and migration patterns, that both California and New York will lose on net about 800,000 residents over the next three years-roughly twice the number that left from 2014-16. Our calculations suggest that Connecticut, New Jersey and Minnesota combined will hemorrhage another roughly 500,000 people in the same period.”

Their solution comes from Fantasyland:

“…. The only way for blue states to prevent this coming fiscal bloodbath is to start taking tax competitiveness seriously-and to cut their tax rates in response. …. A 13% tax rate generates zero revenue from someone who leaves the state for friendlier climes.

Blue states ought to be able to lower their taxes and spending dramatically without jeopardizing vital services. Despite its shrinking tax base, New York spends nearly twice as much on state and local government per person ($16,000) as does economically booming Tennessee ($9,000).” 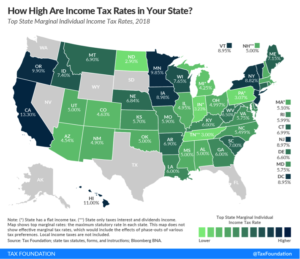 In both studies, Illinois was home to the highest rate of outbound moves in the nation. United’s study found that in 2017, 63 percent of Illinois moves were outbound …. and Atlas (reported) 62.4 percent.

The U.S. Census Bureau revealed in December that Illinois is no longer the fifth-largest state in the nation, a title now held by Pennsylvania.

“Illinois is losing more citizens than nearly every other state, and according to reports, the biggest reason citizens are leaving is that they can no longer afford to live in the Land of Lincoln.

…. In Illinois, one of the major reasons to seek a change of venue is because the state is simply taxing them out of their homes, (emphasis mine) according to Chicago’s WGN TV.”

I lived in Illinois when they passed the state income tax. In order to get it passed, the legislature agreed to a flat tax and put it in the state Constitution. Unlike the high-income tax states who “tax the rich” by increasing the marginal tax rates on high-income earners, Illinois cannot do that. 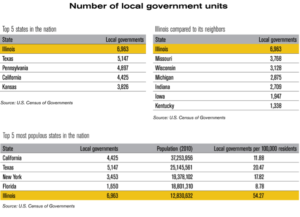 It’s difficult for the Illinois legislature to raise income tax rates because it must be the same for all wage earners. They look to other sources. Sales taxes are some of the highest in the nation.

In May 2018 the Illinois Policy addresses the property tax issue:

“The latest prescription for curing Illinois’ pension woes without reform? Crowning Illinois homeowners as the No. 1 property taxpayers in the nation.

Economists from the Federal Reserve Bank of Chicago released a report May 7 suggesting a 1 percent statewide residential property tax, on top of the property tax bills Illinoisans already pay.

…. Experts at the nonpartisan Tax Foundation ran this proposal against their 2018 State Business Tax Climate Index. The results aren’t pretty.

Illinois currently ranks 45th in the nation for its property tax burden, according to the Tax Foundation ….

If the Land of Lincoln implements this new 1% property tax, the Tax Foundation estimates Illinois’ property tax burden would fall behind every other state, ranking 50 out of 50.”

My wife Jo and I had a small townhouse in a Chicago suburb. The community was populated with many retirees who wanted to live close to their families. Being taxed out of your home is very real. We sold our home, in Grafton (appropriately named perhaps?) township for under $300,000. Our real estate taxes were in excess of $10,000 with additional hikes scheduled.

Why is the migration from Illinois leading the nation? I’m not reading about famous golfers or billionaires leaving the state in droves. The Illinois legislature is unable to “soak the rich” with double-digit progressive income tax rates. Their income taxes are manageable, and real estate taxes are affordable for the wealthy.

Retirees have seen their income drop while their taxes are increasing by double digits.

Many friends downsized when they bought their townhome, feeling it was affordable and they could live there for the duration. Now they can no longer afford to live there. It’s the middle class that’s literally being taxed out of their homes and many are forced to flee the state.

Why is it politicos feel they must punish people who want to leave for a better life?

…. Tax collectors in states like New York make it really hard to leave. Wealth managers and tax lawyers say many of their clients are staying put after hearing about the scrupulous records they would have to keep to show they’ve really uprooted their lives and severed ties with their former states….

Like other high-tax states, New York’s Department of Taxation and Finance will go to great lengths to keep wealthy residents on their tax lists. The states’ methods can be aggressive: Issuing subpoenas to pore through credit card statements, bank transactions or phone records to track a taxpayer’s location and sending auditors to interview doormen or confirm doctors’ appointments.

Staying put to avoid government hassles does not sound like freedom to me. In tax court, you are presumed guilty and must prove your innocence. Aggressive tax collectors can easily file a huge claim knowing it’s cheaper for the taxpayer to settle than pay for legal representation. An old-fashioned shakedown….

Trust your instincts. If the numbers show enough financial improvement to make a move worthwhile, build a plan and get it done. You can see the trend!

Do it right! Don’t try to create the illusion you moved, good chance big brother will catch you. Move and start your new life in the new environment.

Here are some tips I found in my research:

While you may not save millions like famous golfers, hopefully, you will have some extra money to invest wisely. Maybe you can even retire earlier.

One final tip I can share from personal experience. Don’t look back! Jo and I moved to AZ when I was 75. Moving into a new community, finding new restaurants, exploring and meeting new friends is exciting!

I was recently interviewed by Chad Champion on a cool, FREE website called Early to Rise. Good stuff, check it out.

Jo and I are in Prescott enjoying the cool mountain air. We brought the convertible up and the top has been down all week. 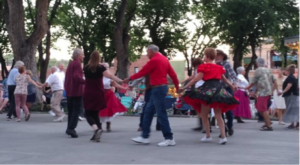 2-3 nights a week they have entertainment in the courthouse square. It’s pretty neat. We pack our lawn chairs, folding wagon, bottled water and off we go.

Last Saturday night a square dance club was giving lessons to all that wanted to participate. I was quickly reminiscing about being forced to take square dancing in grade school, but secretly admitting it was a lot of fun.

Jo and I did not partake. Why? My hearing is so bad I realized by the time I processed the calls; the dancers were halfway into their moves. I’d cause a crash every time the caller said: “allemande right” or something. I found a cool website outlining the “12-basic calls for square dancing.” Everybody was having fun!

On Tuesday evening they had a blues band. There were dancers of all ages, including seniors, that were putting on some terrific moves. 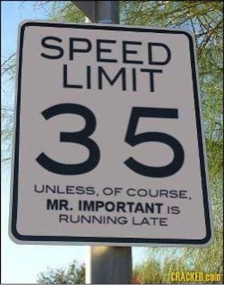 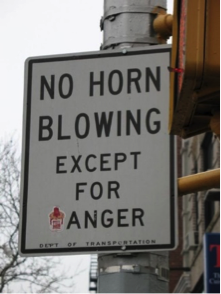 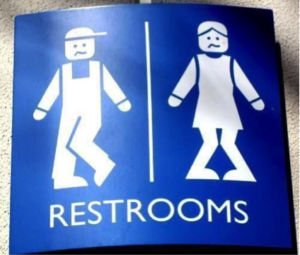