What do Janet Yellen and Cinderella have in common? 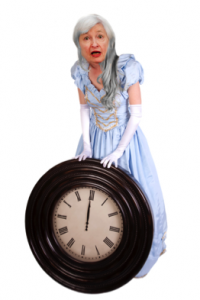 My boarding pass said seat 1-B, nice upgrade on a long flight. I did a double take as I saw who was sitting in seat 1-A. It was Jack Kemp, former NFL player, Housing Director and soon to be Republican nominee for Vice-President of the United States.

I asked, “What the hell are you doing on a commercial flight?” He laughed and said, “Going to Los Angeles.” That prompted an incredible 5-hour conversation. I got a terrific education from the greatest supply-side economics advocate in the country. He made it easy to understand.

To spark economic growth you make it easy for the consumer to spend money, particularly discretionary income. As business sales increase, they buy more from their suppliers. High demand increases prices and profit. Businesses invest in manufacturing facilities, hire more people and increase supply to meet that demand. More people are working, spending, and the economy grows.

Government starts the process by cutting income taxes, putting more money in the hands of the consumer. In the short term the government loses income but soon the increased economic activity will create more tax revenue.

Part of the Federal Reserve’s mandate is to create full employment. Since the great recession of 2008 they have been trying to jump-start the economy. Recently I wrote about Fed Chairwoman Janet Yellen:

“The power of Janet Yellen…. should not be underestimated…. after all Janet Yellen, an unelected, academic bureaucrat is the most powerful woman in the world!”

She was recently summoned to the White House. Yellen and her team have the power to impact elections.

She holds great power over congress. The Fed holds over $2 trillion in US government debt, much of it coming due in the next four years. The Fed could choose to allow interest rates to rise, increasing the annual budget deficit creating great pressure on congress.

The House of Representatives passed a bill to audit the Fed, which has never been done.

…. Yellen argued that policymakers do not understand the economy well enough to come up with a rule that would reliably guide the economy through its ups and downs.”

Ms. Yellen’s implied threat worked, the Senate was unable to pass the bill.

Apparently Ms. Yellen believes she is also the smartest woman in the world – certainly smarter than our elected representatives.

While some feel that her job affords her Solomon like power, they are critical about her wisdom to compliment that power.

“…. Chair Kevin Brady (R-TX) told Yellen, her “don’t worry, be happy” monetary message might not work. From what I heard, there were at least six issues on which she spoke that made no sense.”

…. figure out what to do for tens of millions of Americans who, with more interest income, could stimulate the economy by spending toward the necessities of life.”

The Fed tells us that in addition to providing for full employment, their mandate is:

Accomplishing this goal is a two-pronged approach. First they must make sure banks deemed “too big to fail” (with subsequent government bailout) never happens again.

Second, they must provide adequate reserves. Should frightened depositors rush to the bank to withdraw their money, adequate cash reserves must be there to pay them to calm those fears, and restore confidence in the banking system.

How are they doing?

In 2010 Fed Chairman Ben Bernanke told the panel investigating the financial crisis, “If the crisis has a single lesson, it is that the too-big-to-fail problem must be solved”.

In 2014 Fed Vice Chairman Stanley Fischer said, “In short, actively breaking up the largest banks would be a very complex task, with uncertain payoff”….

Recently the New York Times reports “Regulators Warn 5 Top Banks They Are Still Too Big to Fail”. Zerohedge looks behind the curtain – “The Fed Sends A Frightening Letter To JPMorgan”.

“…. Regulators have been assuring us over these intervening eight years that things are under control as a result of the Dodd-Frank financial reform legislation. But according to the letter…. JPMorgan Chase, the country’s largest bank with over $2 trillion in assets and $51 trillion in notional amounts of derivatives, things are decidedly not under control.

At the top of page 11, the Federal regulators reveal that they have “identified a deficiency” in JPMorgan’s wind-down plan which if not properly addressed could “pose serious adverse effects to the financial stability of the United States.”

It’s important to parse the phrasing of that sentence. The Federal regulators didn’t say JPMorgan could pose a threat to its shareholders or Wall Street or the markets. It said the potential threat was to “the financial stability of the United States.” (Emphasis Zerohedge)

After eight years, with estimates over $2 trillion in interest that should have been paid to savers being diverted back to the banking system, “the financial stability of the United States” is still at risk? Frightening indeed!

Is the banking system solvent?

Not according to good friend Mike Maloney’s recent video.

He concludes there is $.06 for every $100 you have on deposit in the bank. If there’s ever a bank run they probably have enough cash to last for 20 minutes.

Perhaps “Reserve” means the Fed “reserves” the right to create money out of thin air if you want to withdraw YOUR money. It’s no wonder they hassle you when you take out cash for a Las Vegas vacation.

Ms. Yellen has tried to jump start the economy and fix the banking system using the same remedy and both are worse off today.

For almost seven straight years Ms. Yellen engineered interest rates to historical lows. Instead of tax cuts, she wants consumers to prime the spending pump with borrowed money. Many corporations borrowed just as she theorized – not to build factories to sell more cool stuff and create jobs, instead using the money to buy back their stock. That does not start the cycle.

While the Fed had a small rate increase in December 2015, they’re already hedging their comments about further planned increases. Yellen is totally committed to the plan and has made it clear that she will continue with “additional accommodation”, including negative interest rates if necessary.

Negative rates punish savers. In theory it will bludgeon them into spending whether they like it or not! Negative rates will also bankrupt every annuity, insurance company and pension fund in the country.

It has not worked in Japan and will not work in the US. While Ms. Yellen may have the power of Solomon, her wisdom reminds me of cartoon character Wylie Coyote. They both continue with the same behavior expecting different results. Unlike Wylie Coyote, investors find no humor in Ms. Yellen ignoring the obvious!

A friend recently returned from a cruise and made an interesting observation. He estimated that 75% of the people he met on the cruise were retired government workers. He opined their government pensions give them income certainty and they are much more comfortable spending money.

The Fed has forced investors to take uncomfortable risks (with money they cannot afford to lose) in search of decent returns. Their Zero Interest Rate policies have severely undermined private and government pension funds, 401 (k) and IRA projections and the retirement dreams of several generations.

Young people are defaulting on student loans at an alarming rate. Real wages are not rising. Baby boomers who may have disposable income are reluctant to spend it. All generations are afraid. This (Fed created) uncertainty is causing people to hoard, not spend.

Most Americans do not understand the economy as well as Ms. Yellen, but they have a heck of a lot of common sense.

Live within your means, save where you can, and don’t let the Fed’s BB&S malarkey hoodwink you into buying things that are not necessities. HUNKER DOWN, AMERICA!

What do Janet Yellen and Cinderella have in common? Eventually the clock will strike midnight and they will be forced to run from Fantasyland back to reality. The “HUNKER DOWN” crowd will be there to greet Ms. Yellen. They should be easy to spot; they will be holding tar and feathers!

I celebrated my 76th birthday last weekend with our good friends, the Carlson’s and Gordon’s. My birthday cake had purple frosting. We giggled like kids as we stuck our tongues out and they were blue. Jo remarked, “We used to do this when we were kids!” I reminded her that, “The first 65 years of childhood are the hardest.”

Once you retire you can play when you want, laugh as loud regularly, you don’t mind taking naps and you don’t have to eat foods you don’t like. Being a senior citizen is not all that bad.

When we moved into our home last year Jo wanted to do a lot of remodeling. Her justification was, “Things are so dated.” I tried to explain that so are we dated, but it is comfortable. It didn’t work and they finished the last of the kitchen remodel a couple weeks ago.

Jo sent me a list of quotes from Albert Einstein that seemed appropriate to this week’s message: