What If the Fed Doesn’t Pivot? 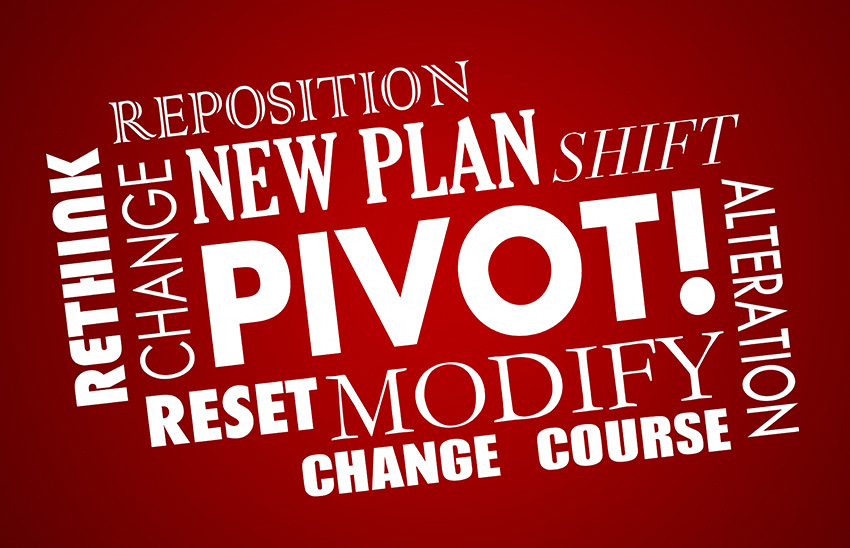 “There is this constant argument that Jerome Powell is somehow going to pause after the next rate hike, and then begin to cut rates in the late spring or summer because the economy will soften and inflation will have returned to the Fed’s target range. Bottom line up front: I think that view is completely wrongheaded.”

I sent the article to friend Chuck Butler, commenting that John is reading the Daily Pfennig. Chuck, reading the Fed’s tea leaves, feels they are hell-bent on hitting their 2% target.

“The consensus shows rates dropping to 4% in 2024. I see the longer-term ‘guesses’ and that is just what they are.”

John concerns me with this:

“I sat in a room about 7‒8 years ago (with) a four-person panel of very influential economists. Two had Nobel laurels. The other two were and are very prominent analysts of Fed policy.

They were arguing for a minimum of a 3% inflation target and two (including one of the Nobel laureates) wanted 4%. Bill Ackman came out this week and said the Fed will have to change to a 3% target as reaching 2% will be difficult (duh!) and cause too much pain (my interpretation).”

The Fed bails out the banks, drops rates to historic lows, fueling government and industry to go on the wildest borrowing/spending spree in history.

The Fed ignored the facts – inflation was “transitory.” The Fed created the mess and cleaning it up is going to “cause much pain”. Academics want to change the goal because 2% is “difficult?”

“I (just) read a piece (emphasis mine) from Barron’s…

The writer said that the Fed was making a mistake hiking rates…. What?

…. Does he prefer that our economy is ruined with inflation, and the middle class is wiped out completely?

What a Freakin’ Dolt! …. Sure, the rate hikes will not be good for stocks, but stocks had been a bubble floating around the room in search of the pin for a long time!

The rate hike might cause a deep recession, but the economy was built to have excesses and clean ups…. You boom for a long time and then the economy cleanses and brings everything back to square one…

But…ever since Big Al Greenspan, (The Fed) thought they knew better, and prevented the recessions, the cleansing, the starting over again…. And “eventually” that would all catch up with them…

You have to think…the situation we are in today, that the ‘eventually’, has come….”

It’s time to hear from Chuck.

DENNIS: Chuck, “eventually” is here! The cleanup will be tough. You’ve preached, the consequence of not doing the job is Armageddon.

Is it really a choice between destruction of the middle class through inflation or a major stock market correction, wiping out the excess? I’d think we will see a lot of default as companies can’t repay their debts.

CHUCK: Thanks for the opportunity to opine for your readers.

Yes, Dennis, the Fed inflated the market and it has to correct.

When Corporations see their near zero loans mature, they will find that re-funding their operation is much more costly. They may default and/or close instead of being forced to close later.

DENNIS: The Fed is targeting a 5% rate, and holding it until they hit their 2% target.

Will 5% do the job? I’d think they would have to hold it there for some time.

While we’ve seen inflation soften, this could very well be a trap folks… Paul Volcker, the man who truly whipped inflation, fell victim to that trap back in the early 80s… Inflation had softened, Volcker cut rates from 20% to 16%. Within a month, he had to go back to 20%, because inflation was not finished!

DENNIS: Holding rates around 5% and pivoting, reducing rates back down, are two separate issues.

The fed raising rates is similar to cancer treatment. It’s one thing to slow the growth, and quite another to eliminate the cause. Those of us who are “living with” cancer clearly understand.

Victor Davis Hanson, outlines the cause:

“In 2010 the…bipartisan ‘National Commission on Fiscal Responsibility and Reform’…recommended radical tax simplifications and some cuts – along with reductions in tax deductions and credits, an increase in the gas tax, restraints on entitlement spending, and various spending caps.

Federal tax revenue has increased almost every year since 2010. Sometimes it has grown by nearly a half-trillion dollars per annum, even as we sink deeper in debt.

Our crisis, then, is one of spending what we do not have rather than one of declining revenue.”

Chuck, if the Fed hits the 2% target, and the government continues with historic deficits, won’t we just repeat the process?

CHUCK: Dennis, that’s a Humongous IF… I think personally that next year we will see the Fed move the goalposts of their inflation rate from 2% to 3%…

To answer your question, I would say yes… Deficit spending got us into this mess, and it will be the same thing going forward. I don’t understand why economic journalists that have pull, haven’t written about this, and taken the Gov’t to task… But I digress… sorry…

DENNIS: What if the government raises rates to 5% and just leaves them there? Investors would have safe, inflation-beating returns and businesses will make investment decisions based on logic, rather than cheap money – just like before they bailed out the banks in 2008.

Shouldn’t that be the goal?

CHUCK: That would be preferred by me, for sure!

Don’t be swayed by the snake oil salesmen that are pushing for rate cuts… We, as a country, need stabilization, we haven’t had any since 2006. Leaving the Fed Fund rate at a fair 5% level for a period of time would go a long way toward that goal of stabilization!

For a couple decades the Fed Fund rate has been subject to the whims of Fed Governors that have never worked in the private sector. They have no idea what their continual changing of the Fed Funds rate does to people that work in the real world.

DENNIS: I understand why Volcker pivoted; he raised rates to double digits; they had gone too far. If Powell has the courage to see things through, despite the screams from “snake oil salesmen”, why would he need to drop rates?

CHUCK: Volcker was being bombarded daily by the stock jockeys, home builders, and everyone else that had a hand in the cookie jar. When inflation began slowing down, he thought it was a good idea to cut rates. A couple months later, he rued the day he had cut them…

Jerome Powell is also bombarded daily by the same entities. He’s constantly pressured to cut rates…. I HOPE HE STICKS TO THE PLAN, remaining vigilant in his quest to squash inflation… That’s all we can do, for now…

DENNIS: One final question. It looks like 2023 will be challenging on several fronts. From an investment standpoint, have you changed your recommendations from owning gold (inflation protection), short-term bonds (minimize inflation risk) and being very careful not to jump in the market anytime soon?

CHUCK: No, Dennis, I have not changed my feelings about the markets going into 2023. In fact, cash is not as bad of a place to have your unused investment funds these days. Make sure your bank/broker is paying a reasonable market rate on your deposits.

I think 2023 will be worse than 2022 – market volatility-wise, economy-wise, and inflation-wise… I don’t see anything coming in 2023, that doesn’t scare the bejeebers out of me!

For example, the U.S. uses the sale of Treasuries to fund its deficit spending. Historically, no matter how much funding was needed, the countries of the world bought them up. It’s now reported that Russia, China and Japan have stopped buying Treasuries. Without those major Central Bank purchases of Treasuries, and the Fed says they are out of the bond-buying business, who’s left to fund our deficit?

These unelected economists, who have minimal experience in the private sector, must be brought under control. Their constant meddling with rates created a mania…

Until ridiculous government spending is curtailed, creating the need for more debt financing, the Fed is going to have their hands full trying to tame inflation.

Don’t bet on inflation going away any time soon, keep your gold and fixed income investments short-term. The market has to tumble a lot more to bring it back to historical norms…. Bad businesses must fail.

Be prepared – and nimble. Just hope that Powell has the courage to not pivot and stick to the plan – something Fed leaders have not done since the Volcker days.

I hope everyone had a Happy New Year and 2023 is happy and prosperous for all.

I’m sending this to production early. We plan on leaving Indiana on New Year’s Day and driving across the country. We’re hoping for decent driving weather – and will be taking the more southern route which adds a few hundred miles to the trip.

Our Christmas with the family was fun, but now it’s time to get home and back into dealing with medical issues. I look forward to returning in May for grandson Braidyn’s high school graduation. Indiana enjoys much cooler summers than we experience in Arizona. We will be back soon….

Thank you all for your concern and support throughout the years. It’s our wonderful readers that keep me going. 2023 is shaping up to be a challenge, but we will get through it together.

“If I were asked to give what I consider the single most useful bit of advice for all humanity, it would be this: Expect trouble as an inevitable part of life and, when it comes, hold your head high, look it squarely in the eye and say, ‘I will be bigger than you. You cannot defeat me’.” — Ann Landers

“If you are going through hell, keep going.” — Winston Churchill

“Go confidently in the direction of your dreams! Live the life you’ve imagined.” — Henry David Thoreau