What Is So Special About Gold? 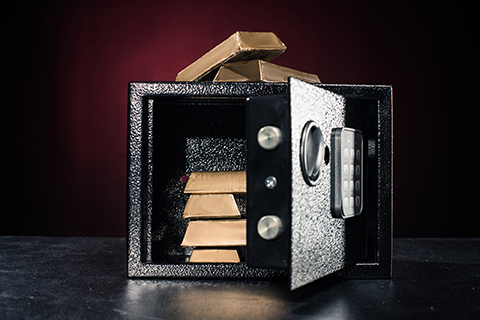 With the headlines blaring, “‘Extraordinary’ – US Consumer Prices Soar At Fastest In Over 40 Years”, citizens struggle to pay their bills and protect their wealth.

Why is gold special? As J.P. Morgan said, “Gold is money. Everything else is credit.”

“At the heart of the idea surrounding money, the purpose is to swap universal value back and forth even when both persons don’t match up on their desired goods and services at that point in time. So, Aristotle came up with 4 characteristics of this universal value (what we call money). The four absolutes of money include:

1. Durable– the medium of exchange must not weather, fall apart, or become unusable. It must be able to stand the test of time.

3. Divisible– should be relatively easy to separate and put back together without ruining its basic characteristics.

4. Intrinsically Valuable– should be valuable in of itself, and its value should be totally independent of any other object. Essentially, the item must be rare.”

I’d amplify #4; whatever constitutes money has a somewhat finite supply. You can’t weave straw into gold.

Mark Nestmann tells us, “Gold is still the ultimate store of wealth. It’s the world’s only true money. And there isn’t much of it to go around. All of it ever mined would fit into a small building – a 56-foot cube. The annual world production would fit into a 14-foot cube, roughly the size of an ordinary living room. If each Chinese citizen were to buy just one ounce, it would take up the annual supply for the next 200 years.”

“Fiat money is a government-issued currency that is not backed by a physical commodity, such as gold or silver, but rather by the government that issued it. The value of fiat money is derived from the relationship between supply and demand and the stability of the issuing government, rather than the worth of a commodity backing it.

Most modern paper currencies are fiat currencies, including the U.S. dollar, the euro, and other major global currencies.

The word “fiat” is translated as “it shall be done.” Fiat currencies only have value because the government says it is so. While fiat currencies may be durable, portable, and divisible, they have no intrinsic value

Fiat currency is nothing more than a political promise and is as sound as the government and politicians backing it.

It is used because people comply with the government decree and agree to accept it. They trust that it will be accepted by merchants and other people.

For almost 200 years the US dollar was backed by gold or silver. Today the US dollar is an IOU from the Federal Reserve, not backed by anything. The emperor has no clothes….

The danger of a fiat currency is inflation, and even hyperinflation. Seeking Alpha continues:

“Fiat paper currencies (digital…included) are convenient for stabilizing economies and redistributing wealth. But fiat currencies miserably fail Aristotle’s fourth and most important principle, the intrinsic value principle. …. History tells us time and time again that these currencies tend to be produced more and more and the supply rarely contracts.

It comes as no surprise that no fiat currency has ever lasted more than a few hundred years at best.

The Denarius (Rome’s currency) slowly reduced its coinage from 94% to .05% silver content over a period of about 170 years. By the time the Roman Empire collapsed, no one accepted the Denarius as a medium of exchange.

By the 18th century, the French government, again, tried to give paper money a shot with “assignats”. By 1795, inflation erupted to around 13,000%.

…. What Aristotle described as money several thousand years ago still holds true today. The lesson is simple. Fiat currencies do not work as a long-term store of value, and eventually, all of them collapse. It makes no difference whether the currency is digital or paper. Fiat money has not worked in the past, and our currencies of today are no different.”

Politicians want power and control over the population for their benefit. They think they are God, controlling and redistributing the wealth of the nation to suit their political purposes. They spend more than they collect in taxes, making promises they cannot, nor do they intend to keep, buying votes. They create more fiat currency to finance the illusion.

Those political promises are impossible to keep. In 2021, “57% of US households paid no Federal Income Tax.” Our country is being flooded with illegal immigrants, adding to our already enormous welfare system.

The Federal Reserve reports 39% of Americans don’t have enough money to cover a $400 emergency. Who’s going to pay for these politicians’ promises? It’s no wonder all fiat currencies eventually collapse. 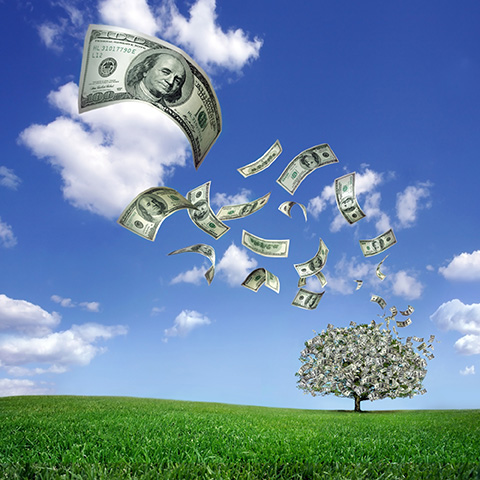 Blame the political class. They avoid unpopular tax increases; spending trillions more than they collect in revenue. They sell what debt they can at negative interest rates and allow the Federal Reserve to create the shortfall. They behave as though money grows on trees. This created a huge inflation problem which is robbing the wealth of the nation. Rather than address the problem, they resort to deception.

…. They incite investment banks and other willing parties to bet against a rise in the prices of gold, oil,…commodities or anything else that might be deemed an indicator of inherent value.

Their objective is to deprive the independent observer of any reliable benchmark against which to measure the eroding value, not only of the US dollar, but of all fiat currencies. Equally, they seek to deny the investor the opportunity to hedge against the fragility of the financial system by switching into a freely traded market for non-financial assets.”

“…. Gold derivates have created a vast imaginary supply of gold – a supply of paper certificates for gold that does not exist but for which delivery has not been demanded. That’s because most gold investors leave their gold purchases on deposit with the investment banks that sold them only promises of imaginary gold.

…. The world now has a fractional-reserve gold banking system that is leveraged in the extreme.

…. Gold market consultant Jeffrey Christian of CPM Group testified…that the ratio of “paper gold” to real metal in the so-called London physical market may be as high as 100 to 1. That is, there are as many as a hundred claims on every actual ounce of metal traded or vaulted in the London market.”

No fiat currency has lasted more than a few hundred years at best. What happens to those who own gold when the US dollar collapses?

Rick Santelli warns, “If you trade in paper, the notion of many who trade gold…if the financial world comes to an end, they’re going to have the gold. If you’re playing in ETFs, you’re going to have a piece of paper.”

Matterhorn Asset Management provides a graphic for the gold price should it return to the gold standard, 1970-2021. 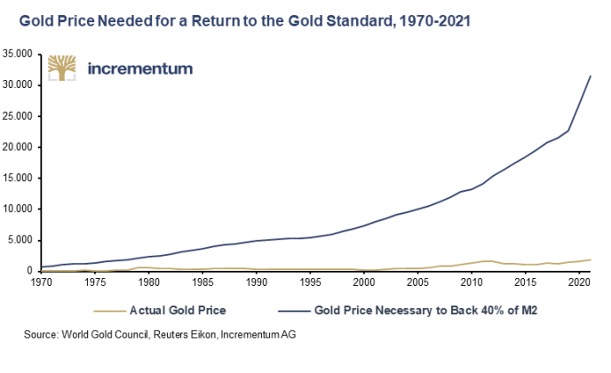 I hold mining stocks and physical metal, no paper gold. It is not for sale! 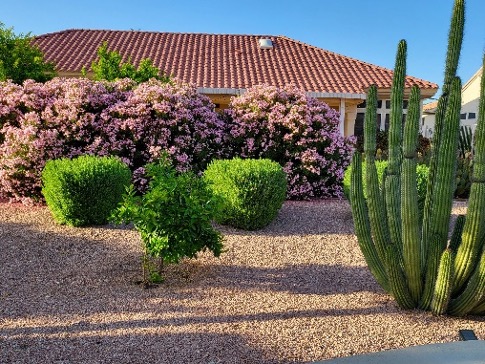 We are back in sunny Arizona, where the weather is warm and comfortable.

I realized on Easter Sunday, it was the first day this year I wore shorts and a short-sleeve shirt. We went over to our friends, Phil and Joan and I took a photo of the beautiful flowers outside their back porch.

I enjoy sitting on the lounge chair on our porch in this kind of weather. Many times, it is where I think through articles I want to write. Better enjoy it now before it gets too hot, and we head for cooler climates.

The National Hockey League playoffs start next week. Jo and I are Tampa Bay Lightning fans. They won the championship the last two years but have their work cut out for them to make it three in a row. There is no sport that I know of that keeps you glued to your seat like playoff hockey. 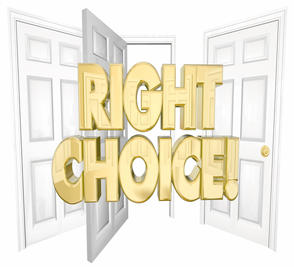 “I warn you that politicians of both political parties will oppose the restoration of gold, although they may outwardly seemingly favor it.

Unless you are willing to surrender your children and your country to galloping inflation, war and slavery, then this cause demands your support. For if human liberty is to survive in America, we must win the battle to restore honest money.” — Congressman Howard Buffett, 1948