What The Heck Happened To Camelot? 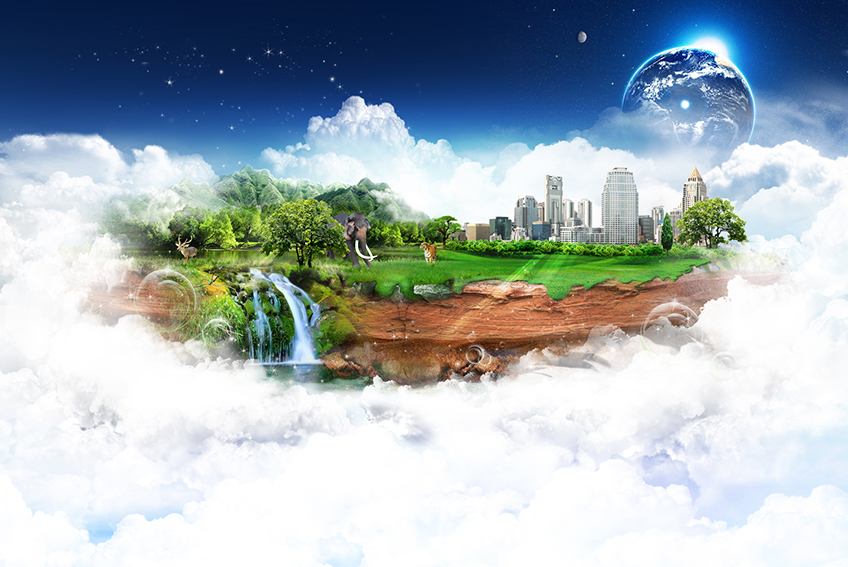 Early Baby Boomers (1946-1964) were moving into their teen years when President Kennedy was elected. The Kennedys were young, good looking and reminded people of Snow White and Prince Charming.

Times were good. We were not at war, jobs were plentiful, the suburbs were exploding as home ownership became available for the middle class.

Political Dictionary tells us about the “Camelot” vision:

“‘Camelot’ is a reference to President John F. Kennedy’s administration.

Kennedy’s brief, ill-fated presidency has been highly mythologized; some people point to it as a shining example of what the US government should look like. Calling that administration ‘Camelot’ highlights its idealized qualities.

…. Jackie Kennedy…was the first to refer to the JFK administration as Camelot. She gave an interview to Life magazine just days after JFK’s assassination.

‘Don’t let it be forgot, that for one brief, shining moment there was Camelot,’ she said.”

Baby boomers had great opportunities in front of them. Why not Camelot?

Get a good education, a nice job, provide for your family, and retire comfortably with a hardy, guaranteed pension. Add in social security and you could enjoy your golden years without having to worry about money.

What the heck happened?

The Vietnam War did much to divide this country. Baby Boomers wanted no part of going to war. It did much to foster anti-government sentiment and created a political divide.

After Kennedy was assassinated, LBJ ushered in “The Great Society” with massive, underfunded government giveaway programs, including the war.

Richard Nixon followed, taking the US off the gold standard in 1971. Their decisions are now being felt by Baby Boomers – the generation that allowed the political class to implement those programs.

An early Camelot pillar to fall was 401k’s replacing pension plans. Employers saved for their workers, calculating employees’ retirement benefits based on their years of service and final salary. The employer bore the risk of funding, investing, estimating longevity, calculating, and paying the guaranteed benefits.

Corporate America jumped at the chance to unload pension obligations. They grandfathered in their older employees and rolled over money for younger employees into a 401k account.

The responsibility for retirement was passed from employer to worker. They had to save and invest wisely, and there was no “guaranteed benefit” payout. You’re on your own!

Most government employees still have pensions, but the bulk of the private sector must fend for themselves.

Some private sector pensioners were betrayed by their employers. The major airlines declared bankruptcy, turned their pension obligations to the government, managed by the Pension Benefit Guaranty Corporation. The available funding was used to recalculate employee benefits and they were adjusted accordingly. Many retirees who thought their pension was “guaranteed” saw their benefits cut by 40-50%. No Camelot here.

Brokerage houses and financial planning firms jumped into the new game. They advertised, “Come see us for a free financial analysis”, touting sophisticated, computer retirement planning programs. They saw the opportunity to earn billions in fees from the public, the vast majority of which had little investment knowledge.

Those who had Microsoft Money or Quicken had this feature as part of their program. The computer asked questions, you filled in the blanks and out popped your “The Magic Number”; the amount of money you needed to meet your retirement goals. For many it was a shock, they started late and had to increase savings and cut spending to “catch up.”

The brokerage firms recommended diversified portfolios, generally suggesting their company’s fee based mutual funds. Today the top five banks control almost half of the industry’s total assets. Camelot for them….

The program began with your age and current savings. You estimated how much you would continue to save, what investment returns you expected, how much income you needed when you retired, and the anticipated inflation rate.

You added your estimated investment income with other sources of income like social security. Hopefully you were good to go. If not, you may have to work longer, save more, invest better, or cut back on your standard of living.

There is nothing funny about the saying, “How come there is so much life left at the end of the money?” Make the tough choices while still working and planning, it gives you time to get and stay on track.

The goal of retirement planning is to provide for a comfortable lifestyle, without having to constantly worry about money.

Brokerage firms suggested you would earn 10% on your money, supporting their claims with historical data. They reassured us you could ALWAYS COUNT ON 6% in CDs and bonds. In very small print you would probably find a disclaimer, “past performance does not guarantee future results.”

It was unrealistic to expect 10% returns. Nothing was mentioned about the risks it takes to earn double-digit returns. After retirement will you expect boom times or economic downturns?

When early Baby Boomers turned 65, (2010) real interest rates were negative. The 6%, inflation-beating return you could ALWAYS COUNT ON was gone.

The Bureau of Labor Statistics changed the method of calculating inflation from the 1980s when 401k’s came on the scene. Shadowstats.com provides us with both sets of data: 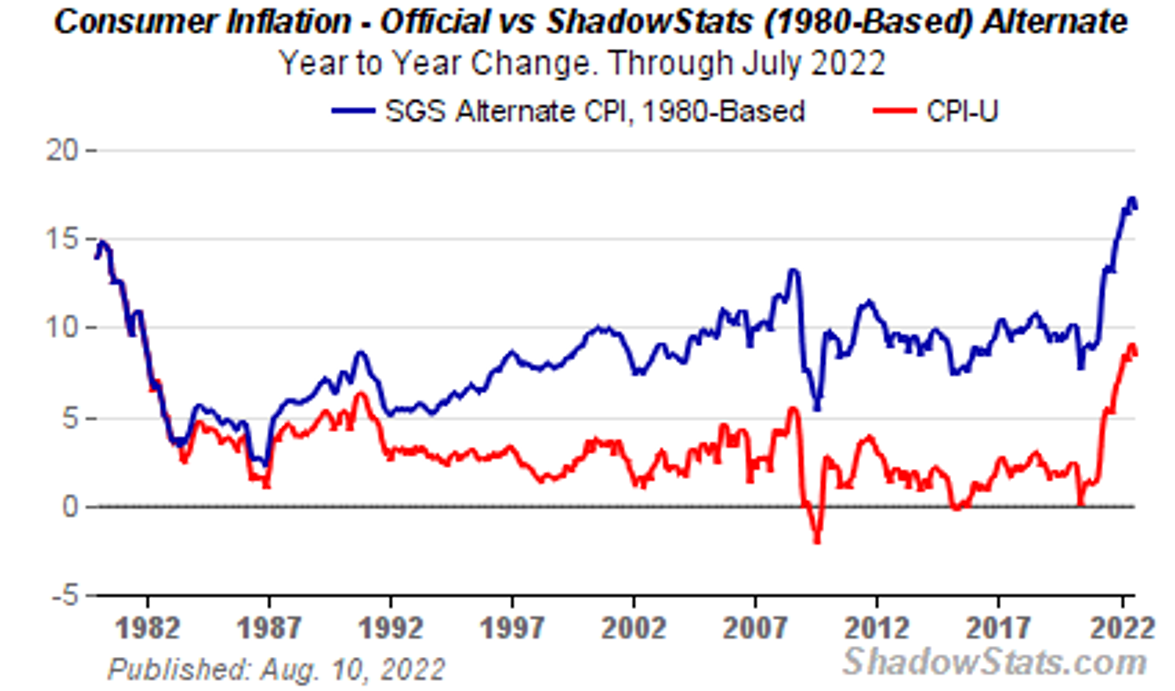 What about Social Security?

“A few weeks ago, the Board of Trustees for Social Security released its annual report. And, once again, it was a scathing indictment of the program’s solvency.

Primarily, the report points out that, since 2008, the cost of Social Security has been “increasing much more rapidly than [its income] and is projected to continue to do so through about 2040.”

And at that rate, the trustees explain, “Trust Fund reserves become fully depleted in 2034”.

These aren’t ‘fringe’ economists spreading misinformation. They are three of the senior-most political officials in the country. And they’ve signed their name to a report stating that Social Security’s primary trust fund is going to run out of money.”

What happens when Social Security runs out of money?

Experts estimate that retirees will take a permanent 25% reduction starting in 2035.

Social security taxes would have to be raised 16.5%, almost triple the current rate to fund current obligations. The politicians continue to ignore the problem.

Boomers have already seen the full retirement date moved back, Medicare premiums skyrocket ahead of inflation, and there is talk of means-testing benefits. I feel all the above will happen to some degree. Social Security as it exists today, is unsustainable!

Jo and I were in a Missouri laundromat, vacationing in our motor home. We hooked up our notebook computer to a pay phone, logged in to our brokerage account and updated our data. Bingo! We surpassed our “magic number.” We cheered, hugged, jumped up and down, and celebrated over dinner.

The “magic number” provided incentive to save – but is not dependable today. It was based on safe, stable investment income, realistic inflation, an orderly market, and the government keeping promises. There is no certainty in any of the variables today, including pensions.

During the decade of easy money, GE borrowed millions at low interest rates, bought back their company stock, declared nice dividends, but did NOTHING to shore up their underfunded pension plan. GE’s debt will eventually have to be refinanced at higher rates and pensioners are rightfully worried.

Baby boomers can’t be risk takers. They must seek out sources of reliable, dependable income. Stay on top of what was peddled as “high yield & safe” by the casino banks.

Wolf Street reports, “Bonds of Bed Bath & Beyond Collapse on Bankruptcy Fears as Suppliers with Unpaid Bills Halt Shipments.” I fear this is one of many to come.

Much like the dividends that Tim Plaehn promotes in The Dividend Hunter, focus on SAFE INCOME. Look for investments that can continue to pay their obligations through hard times. Many of my dividend stocks have dropped, but the income keeps coming in.

Camelot is a fantasy. There is no magic number, “set it and forget it” retirement plan. Accept reality and deal with it!

Monitor your investments, keep your financial education up to date, exercise some discipline and patience, keep your stop losses current and most Baby Boomers will be just fine. Camelot be damned!

Friday night we watched our grandson play high school football on the internet. An exciting game with his team scoring the winning touchdown with 4.8 seconds remaining on the clock. 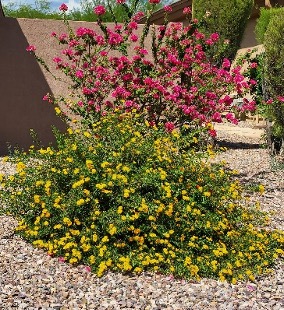 We are back in AZ, returning right after some real monsoon rains. Temperatures are in triple digits, yet the vegetation is as beautiful as I have ever seen it. I took this photo in our front yard the day after we arrived home. I’d swear our backyard cactus has grown almost a foot.

One of the advantages of living in the desert is we don’t have grass to mow, everyone’s yard is gravel…. 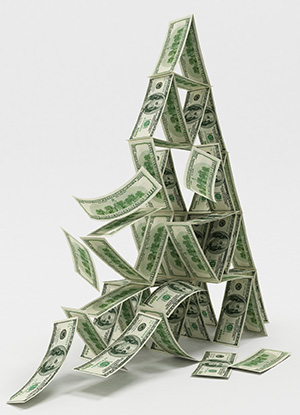 “What has been holding this Wall Street house of cards together this long is the New York Fed’s willingness (even eagerness) to throw trillions of dollars at the problem at the earliest sign of a hiccup. The fly in this ointment is that the New York Fed is literally owned by these same Wall Street mega banks while simultaneously creating emergency bailout programs and then outsourcing the work to the banks being bailed out. If ever there was the perfect design for a replay of the Hindenburg, this is it.”

My wife Jo sent along some chuckles: