Who Is The Sucker In The Casino? 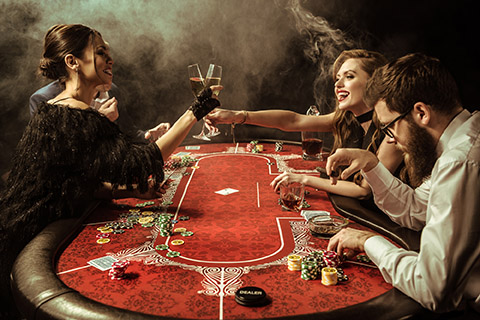 Las Vegas – the gambling capital of the world. Nevada heavily regulates the casinos; requiring a certain percentage paid back to the gamblers.

They pour billions into their posh establishments, enticing customers into their casinos and make huge profits – legally. If the public felt the casinos are rigged, they would lose customers, jobs, and billions in tax revenue.

Chuck Butler calls the big Wall Street banks “casino banks”. These same banks own the Federal Reserve. They’re not satisfied with earning money through traditional banking methods. Since the repeal of the Glass-Steagall Act they became huge investment houses making trillions of dollars of risky bets; while holding bank charters and FDIC insured.

Theoretically, the Federal Reserve oversees the banking system. In practice, they are doing the opposite, siphoning billions in profits at the expense of the public.

The casino banks regulate themselves???

Pam and Russ Martens wrote, “These Are the Banks that Own the New York Fed and Its Money Button”: (My emphasis)

“The largest shareowners of the New York Fed are…JPMorgan Chase, Citigroup, Goldman Sachs, Morgan Stanley, and Bank of New York Mellon. Those five banks represent two-thirds of the eight Global Systemically Important Banks (G-SIBs) in the United States. The other three G-SIBs are Bank of America, a shareowner in the Richmond Fed; Wells Fargo, a shareowner of the San Francisco Fed; and State Street, a shareowner in the Boston Fed.

…. JPMorgan Chase, Citigroup, Goldman Sachs, and Morgan Stanley are also four of the five largest holders of high-risk derivatives. (Bank of America is the fifth.)

…. These same Wall Street banks also participate in various advisory groups…where they hash out “best practices” for their industry. Those “best practices” were not sufficient to prevent JPMorgan Chase from becoming a three-count felon, Citigroup a one-count felon, and four of the banks from actively engaging in creating and selling subprime investments that blew up the U.S. financial system, the nation’s economy and a good swath of Wall Street in 2008.”

Theoretically, Congress regulates the Fed. In practice, the Fed buys government debt at zero interest, allowing the politicos to buy votes and keep their power.

The Fed prints money, banks pay the fines – nobody goes to jail!

James Jacoby (JJ) narrated a powerful casino bank expose on PBS, “The Power Of The Fed”.

JJ’s interviews include current and former members of the Federal Reserve. THEY reveal how corrupt the Fed has become.

JJ: “What Fisher and other former Fed insiders told me is that the stock market rally was no accident. By design, the Fed’s QE program effectively lowered long-term interest rates, making safer investments like bonds less attractive and riskier assets like stocks more attractive.”

The Fed forced retirees, pension funds and individuals to sell bonds and CDs that provided worry-free income; driving Main Street America into their casino banks to buy riskier assets, and it worked for them – big time!

“The largest five banks (JP Morgan Chase, Bank of America, Wells Fargo, Citigroup and US Bancorp) in the U.S. now control nearly 45 percent of the industry’s total assets…. The other 55% of the assets are divided up among 6,504 banks.”

Providing cheap capital caused corporations to borrow trillions to pay dividends and buy back their stock. What happens when all this debt can’t be paid off?

Zombie companies are in debt to the point of needing bailouts to survive.

“…. The Fed! Without the Federal Reserve purchasing corporate bonds and allowing these failing companies access to credit, these faltering firms would likely have failed.

The Fed, by keeping unproductive and ailing corporations alive and not allowing a natural death to take place, has created a dangerous and gruesome mess — one so pervasive that U.S. economic growth could be delayed for years.

…. More than 600 U.S. companies are zombies…. You’ve heard of all of them: Macy’s, the four major airlines (Delta, United, American, and Southwest), Carnival, Exxon Mobil, and Marriott International, to name a few.”

The casino banks underwrite and package corporate bonds into mutual funds, peddling them to investors, including their own clients.

LM: They are large financial institutions that don’t have bank charters. So, they don’t have a special relationship to the government.

…. The core of the problem of the shadow banking system is that it’s extremely fragile.

…. What we saw in March…was a full-blown panic in the shadow banking system. It wasn’t something that you have when you have a pandemic, you have a bank panic because you had some exogenous shock in the economy, and you have these underlying vulnerabilities in your monetary system that you haven’t resolved.

JJ: The Fed sprang into action. They turned back to quantitative easing-buying hundreds of billions in debt from financial institutions. By mid-March, they made more than a trillion dollars available to the shadow banks.

JJ: The corporate debt market had frozen up, and companies were unable to finance themselves, putting the wider financial system at risk.

…. The Fed took its economic experimentation to a whole new level. With Congress’ backing, Fed Chair Powell announced a range of new loan programs. He said the Fed, for the first time, would be willing to buy up corporate debt.

SB: Oh, absolutely! I think now, you know, the entire business community has had a taste of bailouts…

…. I fear that now, the Fed stepping in, not just to bail out Wall Street, but the entire, you know, corporate America is starting to be embedded into people’s thinking. People talk about the survival of capitalism, but this is the biggest threat to capitalism.

In good times when anybody can make money, you reap those profits. In bad times, the Fed just keeps stepping in. You have this never-ending ratchet up. The markets never correct.

JG: Collectively we fulfill a completely necessary service, but what we have done is created layers upon layers of more and more convoluted, expensive financial instruments. And that’s what makes all the profit….

It’s taken a lot of ingenuity and salesmanship to make this happen and a lot of lobbying in Congress….

…. We have imposed on the rest of the economy the idea that banking and finance are utterly important at all times. If you do anything wrong to us, the entire economy will collapse in ragged disarray.

JJ asks Neel Kashkari (NK), the Minneapolis Fed President about the financial markets having an iron-clad backstop from the Fed.

NK: I completely agree that it is unacceptable that 12 years after 2008 we had to do this again. …. It is unacceptable as an American citizen that we have a financial system that is this risky and this vulnerable.

The Fed admits it’s a no-lose casino for the financial markets; the stock market bubble reaches the stratosphere.

SBR: The risk of turning the valve off is-is economic collapse…. You would see asset values…drop through the floor.

…. The question is: will they be able to do it in such a way that doesn’t create this kind of massive economic dislocation?

RF: It is an awfully daunting task. I pray for Jay Powell and I pray for the committee. Doing this successfully will be a heck of a hat trick.

JJ concludes: “Whatever the Fed does next, the consequences will affect us all.”

Jay Powell is like PT Barnum, overseeing corrupt casino banks. The suckers are hard-working people seeing the fruits of their labors stolen by corrupt banks and government. Pray for them….

Jo has been in Indiana looking after the boys for the last several days. My son-in-law was in Vanderbilt University Medical Center for heart surgery. Things seem to be progressing on schedule; that is a good thing.

This is the first time we have been apart since I started cancer treatments over two years ago. I’m doing all the domestic chores that she has handled without complaint for years. It’s a good thing, I sure appreciate all she does, and miss her company.

She is where she needs to be. My daughter can focus on her husband’s well-being without worrying about the children being taken care of. One positive effect; I’m doing things I should be doing but got lazy by having Jo do them for me.

The priority is for my son-in-law to heal quickly and for things to get back to normal.

This is one of my all-time favorites… 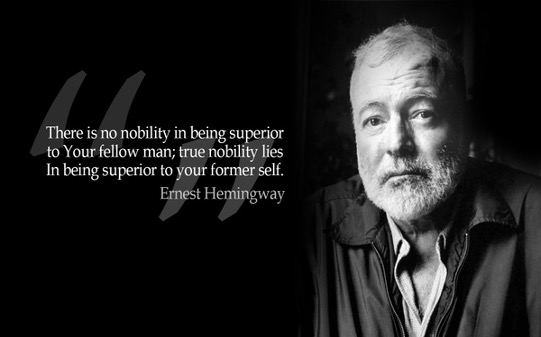 My wife Jo sends along this week’s humor. While it’s funny, it’s also a truism… I wonder if she had an ulterior motive when she sent it to me… 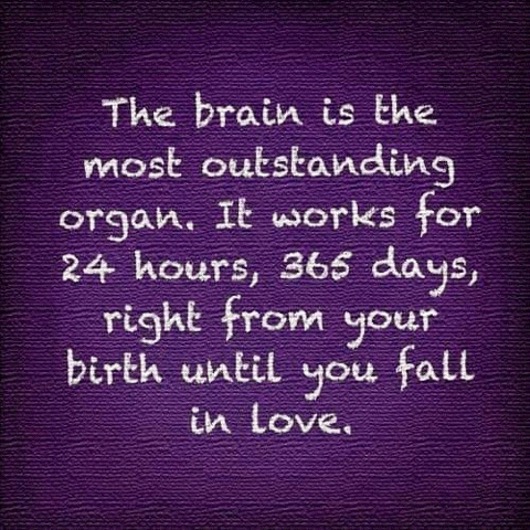