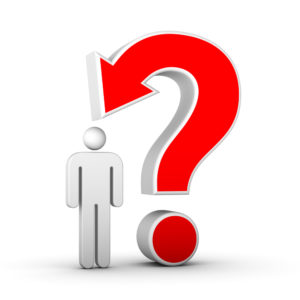 “Think about it. There are really only two choices. Either you will own you, or someone else will.”

I’ve subscribed to Richard’s “U.S & World Early Warning Report” for years. I re-read the section about capitalism and socialism. Here are some tidbits: (my highlights)

“Laissez-faire (less-aa-fair) is from the French laissez nous faire – leave us alone. It means the government does not meddle in free enterprise, free trade, free markets. It allows economic freedom.

Capitalism is the economic part of the system of liberty. …. Under it – and this is absolutely central – you are the sole owner of you. You are free to make the decisions about your life and property, as long as you abide by your agreements and do not steal or initiate violence.

…. Marx believed capitalism evolves naturally into socialism, in which the government is enormously powerful, and effectively owns and controls everything and everybody. …. The archetype socialist nation was the Union of Soviet Socialist Republics. In the USSR, you did not own yourself, the government did. If you refused to go along with the plans of the bureaucrats, you would be imprisoned or shot. To socialize Ukraine alone, the Soviet government killed five million.”

Our founding fathers wrote the Constitution with the idea of government serving the people. We owned us. What erodes that premise?

No matter how well-intentioned a politician is; political power corrupts. That’s why our founders put great limitations on government.

Our founders served the government at great personal sacrifice. Most were the patriarch of their family. Imagine traveling for days on horseback to get to Washington to serve your country. They would be away from their family for months on end. The idea of a “career politician” probably never dawned on them. If it had, they would have written term limits into the Constitution.

While Congress supported presidential term limits, Congress will never willingly give up their power.

Remember the old salami analogy? You have a huge chub of salami containing all your rights and freedom. The government decides to slice off a thin slice. Certainly not worth fighting about, you still have most of your salami left.

Slowly but surely the government continues slicing, never enough to fight over – selling their increasing control as being for your own good. It may take a couple hundred years but Marx seems to be right, the society evolves into socialism.

Look at the political backlash when an outsider, Jesse Ventura became governor of MN, and President Trump was elected. Politicians of all flavors banded together to resist a populist movement; they don’t want any competition.

Most every “senior” politician has been linked to some scandal where they used their power and influence to enhance their riches. Congressional ethics committees assist in hiding corruption, not stopping it. Political power corrupts; a basic truth.

It’s all about power and control

Remember when the government mandated seat belts and motorcycle helmets, “for our own good”? Many libertarian friends complained the government was infringing on their rights. Government taking another slice of salami.

The American Spectator article, “The Tsunami Approaches” provides another good example: (my emphasis)

“The European Union has decreed – fatwa’d – that beginning with the 2022 model year, all new cars shall be electronically gelded, forced by software to hew to every speed limit, all the time.

Your GPS knows exactly where you are, how fast you are driving and may warn you about speeding.

“Intelligent Speed Assist” will cut the throttle…no matter how furiously you mash the accelerator pedal….

But really for the sake of absolute control, just about, over your car – which amounts to control over your mobility.

Which means, control over you.”

Today’s cars are equipped with technology that allows the government (and repo man) to disable your engine in a matter of seconds. Might come in handy if the citizens decide to storm the palace.

One of the best ways to control the masses is through the banking system. The Federal Reserve was secretly set up over 100 years ago – to benefit banks and politicians. Congress can’t garner enough votes to even audit the fed. So much for congressional oversight.

Beware of a “Cashless society”. Nayax reports, “Which country will be the first cashless country in the world?”:

“…. We foresee that cash will soon be phased out.

…. Drivers of Swedish buses no longer accept coins or banknotes. The ubiquitous use of debit and credit cards by Swedes has led many stores to no longer accept cash. Their motivation? Speedier service and creating a safer environment. Store owners believe the removal of cash lowers the risk of robberies. It also saves them valuable time dealing with cash, which many banks have stopped accepting. Banks have also stopped dispensing cash and removed their ATMs.”

The next salami slice – banning cash all together. You never have to worry about being robbed, except by the bank or government. Ugh.

In a cashless world, all money will be held electronically in government-controlled banks. The government knows where you spend every dime. You probably won’t have to file income taxes; Big Brother will take care of it for you, automatically taking the taxes out of your account. Much like the Greek banks, they can also restrict access to your wealth.

Kevin Mercadante writes, “The Future Of Cash – Will It Disappear Or Become Obsolete?”: (my emphasis)

“Currency, like the dollar, eventually replaced barter. It also made it much easier for governments to collect taxes. And that’s the risk to governments.

A full-on cashless society may cause a return to barter. …. It’s something governments are undoubtedly weighing out very carefully, and why cash hasn’t been declared illegal thus far.”

The motivation? It’s not what is best for the citizens, but rather what’s the easiest way for the government to confiscate your money.

“If you add their own estimate of Social Security’s unfunded liability, Uncle Sam’s total net worth is NEGATIVE $75 TRILLION…which is almost precisely the size of the entire global economy.

What could possibly go wrong?”

The government’s biggest asset – $1.08 trillion in student loans. How sad is that?

Eventually they will have to raise taxes, default on promises and devalue the currency. The more power the government has, the easier it is to do.

The battle is on – who owns you?

It’s time for America to push back on every attempt to slice more salami and take away our rights.

Americans pushed back on government-controlled health care. Deciding who lives and dies should not be the job of bureaucrats.

Some members of Congress recently proposed a Constitutional amendment to impose congressional term limits. The power of the senior political class is out of control. Congress has no intention in disrupting their gravy train. The states, calling for a Constitutional convention, might get it done.

Don’t be fooled by the congressional resolution for a balanced budget amendment. It’s a political farce.

“It’s hard to recall from the journalistic pack such a panic as has erupted over news that President Trump intends to name Stephen Moore and Herman Cain to the board of the Federal Reserve.

…. This issue erupted in the Republican primary debate…a year before the 2016 election. …. Mr. Trump himself called the gold standard “wonderful.” The GOP platform endorsed giving Congress greater oversight of the Fed – and a commission to start reform.

“Gold,” the Washington Post’s editorial quotes Mr. Cain as saying, “is kryptonite to big-spending politicians.” No Ph.D. economist from Princeton or Harvard could have put it in language more technically correct.

A gold standard limits politicos spending, limiting their power and ability to buy votes with our tax dollars. Own some gold – the real money of the world.

Even though Mr. Cain had been chairman of the Federal Reserve bank of Kansas City, a bipartisan effort erupted and caused Mr. Cain to withdraw his nomination. Moochers and looters don’t want sunlight or garlic.

Our founders intended for voters to hire their public servants, not pick their masters.

Congressional term limits, reigning in the Federal Reserve, and holding Congress accountable is really a fight about ownership. Fight tooth and nail to OWN YOURSELF. We owe it to our children. 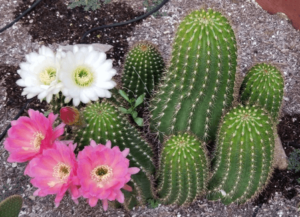 I love springtime; particularly here in the desert. Jo and I love walking around the local cactus farm. As Midwesterners, this type of vegetation was new to us. We quickly learned cactus plants are expensive. I got the bright idea of building a wooden garden to plant small (Home Depot size) cactus, letting them grow and replanting them in the yard later.

This cactus was in a four-inch pot last year. It’s now 15″ high and over 16″ across. When you water them regularly, they grow a lot quicker than we anticipated.

Our yard is quickly filling up with many different varieties and we love them. We’re now concerned we may end up with too many cacti as they spread their wings.

I just celebrated my 79th birthday. I’m becoming increasingly aware that my mind and body do not seem to age at the same pace. I may think I can leap a tall building in a single bound, but I find I have to drive around it. Where did the time go?

Friend Phil C. sent along 45 lessons from a 90-year-old woman. Here are some I liked:

I combined two for my favorites: