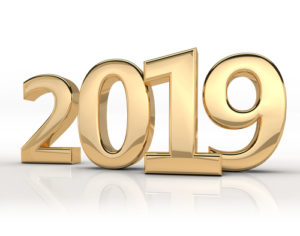 Several experts, who are not in the gold business, recently suggested gold will be a good investment in 2019.

“Gold – Long – U.S. debt to GDP is over 100%. The…U.S. debt has increased by over $2 trillion…. When the economy eventually slows, the deficit is sure to expand rapidly, possibly catastrophically. The politicians say deficits don’t matter. …. History says otherwise. Gold continues to be a hedge in our portfolio to imprudent global fiscal and monetary policies.”

The Aden Forecast, a highly respected newsletter, tells us:

“GOLD’S TURN TO SHINE – This too will likely continue this year, especially if the U.S. dollar also heads lower. If so, gold will get a double boost and it’ll shine as the world’s safe haven. For a number of reasons, we believe that’s what’s coming up… Already, gold hit a 6½ month high, mostly thanks to its safe haven status during these volatile times.”

Jeff wrote a terrific article, “Don’t Worry About the Gold Price – China’s Got Your Back” outlining major differences in how Chinese and Americans view gold.

I’ve asked Jeff to weigh in on his thoughts for the upcoming year.

DENNIS: Jeff, on behalf of our readers thank you for your time. In your article you presented a great analysis on how the Chinese look at gold. Please explain what you mean.

JEFF: China has a very different culture than the West. And that includes how both the government and its citizens think about gold. They see it very differently than Westerners (US, Canada, Western Europe):

The Chinese view gold in the context of its role throughout history. Gold isn’t a vehicle for trading in and out of, or even an investment. It is the most secure asset they can hold to safeguard their country’s future monetary and financial standing.

The implication is that they will be better prepared for the next crisis than those who don’t hold a meaningful amount of gold.

DENNIS: For years Chuck Butler and I have told readers we hope we never have to sell our gold. You explained our reasons well.

In my opinion, the US view is shaped by money managers advising clients not to hold gold because it provides no yield. I’ve urged readers to make sure their money managers are listening. They need a reasonable amount of “inflation insurance”. Do you see things the same way?

JEFF: While the argument that gold provides no yield is accurate, that’s not the point of gold. Gold is money, pure and simple. Even a cursory review of history shows this.

It’s not “currency” at present, but it is a far superior store of value than US dollars or any other fiat currency. Dollars don’t produce income either, until you put them to work (and thus at risk). Should we not hold dollars then? As you know, money managers are biased; they can’t earn a commission on selling gold, so of course they don’t promote it.

There are a lot of potential catalysts for gold to rise in the coming years, especially when you consider that almost every investment market is in a bubble or beginning to pop. Virtually every segment of society is completely overwhelmed with debt, to levels that can never realistically be repaid. When one or more of these things begin to break, gold will serve as a crisis hedge, much like it has many times throughout history.

Gold’s biggest catalyst is what you’re suggesting: inflation. Historically gold has spiked the most when there has been high inflation, particularly at the beginning stages. Inflation seems inevitable to me, especially if you think central bankers and politicians might use some form of QE again in the next crisis.

Dennis, there are many reasons to be overweight gold right now. I believe this period will go down as a textbook example of when one should buy. Especially when the price is a full one-third below its 2011 high.

DENNIS: It’s not only China, our mutual friend Ed Steer reported Russia added 300,000 ounces of gold to their reserves in December alone. In the last decade they have increased their gold reserves almost four-fold.

If you look at gold as insurance, you are insuring against an event. China wants to marginalize the US dollar as a world currency. Russia is unloading US treasuries, buying gold and other currencies. 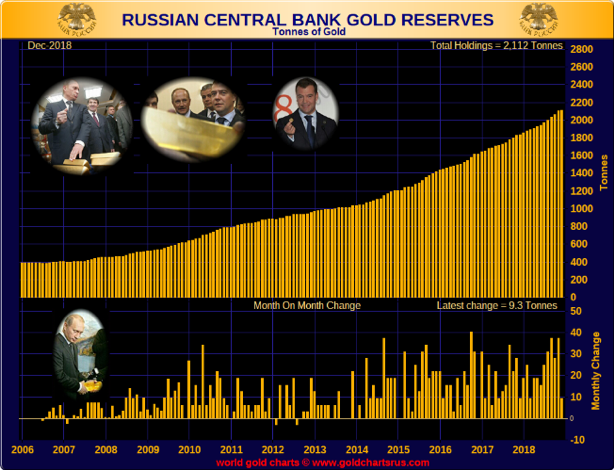 If the world shifts away from the dollar, what does that mean for gold? And why?

JEFF: It means the US dollar will continue to lose more value. If global demand for dollars decreases, so will its value. As gold and the dollar are inversely correlated, gold would rise. In every major US dollar bear market, the gold price has risen.

Countries diversifying out of the dollar is a big picture trend. What we don’t know is if it continues to be a slow transition-or if there could be a sudden overnight event. If it happens suddenly, it will be too late to buy gold.

DENNIS: Can you explain what David Einhorn means when he refers to gold as a “hedge”? How would holding gold, which produces no interest, benefit his fund holders?

JEFF: Great question. When you “hedge your bet,” as the saying goes, you’re essentially saying that, while you believe your bet on bonds is a good one, you acknowledge that it’s not a sure thing. You put a hedge in place that will mitigate your risk if it doesn’t work out.

Gold provides a hedge such that if your investments in stock, bonds, real estate, currency and whatever else you might hold don’t go well, then you have a hedge against a cataclysmic outcome.

David Einhorn’s comment on bonds and gold is historically correct; bonds, including some government bonds, not only cratered in price in 2008 but some also stopped paying interest. Gold, meanwhile, doubled in price. So much for the argument that one should avoid gold because it doesn’t produce interest.

DENNIS: One final question. The gold price didn’t change much in 2018. If an investor looks at it through the eyes of the west, it was a poor investment, it didn’t make any money.

If you look at gold like the Chinese, you would say the insurance premium has not increased.

Jeff, when I say “I hope I never have to sell my gold”, I mean it. Unlike the grim reaper, I hope the end is NOT near.

I lived through inflation in the’70s and early ’80s and saw what happened to my parents. Seniors and savers can’t afford to see the purchasing power of their life savings destroyed.

I’d rather see the gold price go nowhere in 2019 as opposed to skyrocketing because of out of control inflation.

How much gold do you recommend investors hold so they have properly hedged their life savings? We all need to sleep well at night.

JEFF: Good point about gold’s performance in 2018. In fact, the only thing that rose was the dollar and inflation! 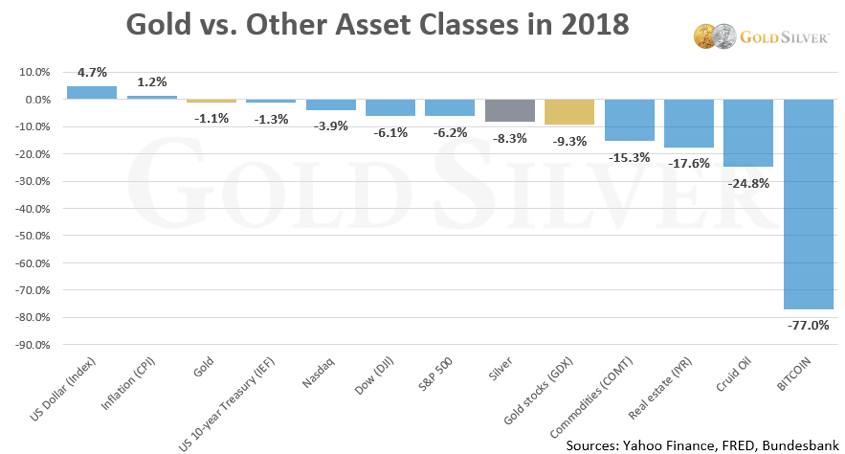 While you’re correct, if gold goes nowhere it would mean things haven’t fallen apart. It’s more likely that gold rises over the coming years – probably substantially. Mike Maloney believes gold and silver will be more than just a hedge in the near future; he expects metals will provide large capital gains due to the type of crises we are likely to endure. It’s certainly happened before.

DENNIS: On behalf of our readers, thank you for your time.

JEFF: My pleasure, any time.

Dennis here. Will Gold shine in 2019? No one really knows for sure. It looks like the Russians and Chinese continued accumulation is putting a floor under the price. I’d like to see the price rise slow and steady giving Americans time to adjust to the dollar losing status in the world.

In the meantime, if you don’t have an adequate hedge, it would be a good time to begin an accumulation program. Maybe the Chinese do have our back….

I met Jeff when I joined Casey Research. When it came to metals, he was a terrific mentor and educator. I’m pleased we became a GoldSilver affiliate. They are a reputable firm with a “best price” guarantee. If you are considering gold, be sure to call them for a quote. 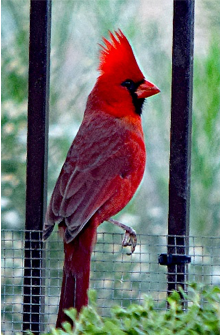 My wife Jo pranked me good a couple months ago. I got up and opened the drapes and started yelling, “come here quick!” I pointed out the window at a beautiful red cardinal in our back yard. Jo started laughing hysterically. It was a wooden replica – a decoy – to attract birds. Boy, she fooled me!

Jo is a nature lover and has bird and hummingbird feeders hanging from limbs right outside the kitchen window. We constantly have hummingbirds, sparrows, doves, roadrunners, woodpeckers and lately real cardinals. The first time I saw a beautiful cardinal I tried to quietly open the patio door to take a picture and he quickly flew away.

I set up the camera on a tripod, shooting through the kitchen window. I had to wait three days before I spotted him again. This is the real thing. I shot this with a 300mm lens at full zoom. What a beautiful redbird indeed!

This week’s humor is supplied by friend Snow C. 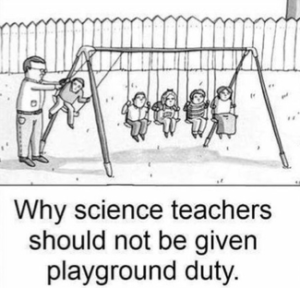 This one we can all relate to: 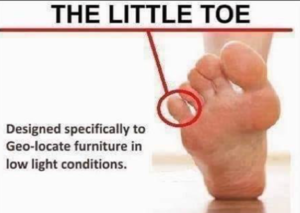