Will The Fed Bring Us More QE? Be Careful What You Wish For! 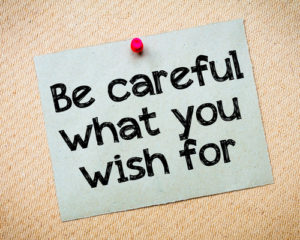 Mike Maloney’s video, “If You Don’t Think QE4 & QE5 Are Coming, You’re Smoking Something”, raised a red flag. The Fed did not raise rates and didn’t rule out more Quantitative Easing (QE) in the future. Mike fears QE may include bailing out companies that can’t pay their debts.

Unlike historical fed interest rate adjustments, the Troubled Asset Relief Program (TARP – followed by doses of QE) bailed out banks directly by taking billions in bad loans off their hands.

“GE Capital is not a bank, but granting it access to a new program from the Federal Deposit Insurance Corporation may reassure investors and help the lender compete with banks that already have government-protected debt, a G.E. spokesman, Russell Wilkerson, told Bloomberg News.

…. G.E.’s finance businesses are able to seek FDIC debt coverage because its GE Capital subsidiary also owns a federal savings bank and an industrial loan company, both of which already qualify.”

What about GE’s AAA bond rating at the time? Why should taxpayers absorb GE’s losses from bad loans?

Governing against the will of the majority

Most Americans opposed the bank bailouts. The first TARP bill was rejected. It was tweaked and the Fed was given a blank check to save the world.

I wrote my congressman urging him to vote no. He said 90% of the people that contacted him opposed the bailout, but he voted for it anyway. He followed with an email justifying his position. So much for representative government!

The LA Times reports, “A decade after the financial crisis, many Americans are struggling to recover”:

“It was a crisis that, in retrospect, had its origin in policy and regulatory failure – along with a healthy dose of old-fashioned greed.

The bailout was followed by foreclosures, recession, and job losses. This LA Times graph shows us the rich got richer while the rest of America was stagnant or fell behind: 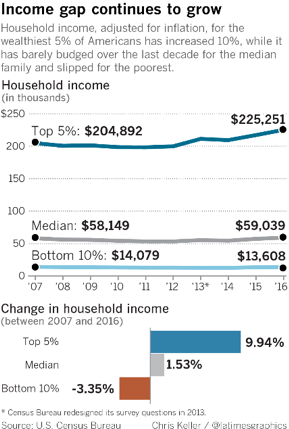 The Guardian interviewed an economics professor at the University of California-Berkley:

“…. While the 1% power ahead and continue to reclaim income lost during the recession, a full recovery for the bottom 99% remains elusive. “Six years after the end of the Great Recession, those families have recovered only about 60% of their income losses due to that severe economic downturn.”

These inequities are causing both economic and political concern.

As a result, the report concluded, the number of billionaires owning as much wealth as half the world’s population fell from 43 in 2017 to 26 last year. In 2016 the number was 61.”

Politicos will pounce on this as an opportunity to raise taxes. I agree with Mr. Bonner’s remarks:

“What happens to the money the feds tax away from the elite? Where does it go? Back to its rightful owners? Does it boost working-class wages? Does it buy a round of drinks at their neighborhood taverns or help repair their pickup trucks? It doesn’t?

…. Taxing undeserved stock market gains wouldn’t upend the fake money system. …. All it would do is put more money in the hands of the people who caused it in the first place, who protect it and benefit from it – the political elite.”

The fear of political backlash is world-wide. The Gold Anti-Trust Action Committee (GATA) reports, “IMF fears political rage will block rescue by FED in next crisis”:

“The IMF has warned that the system of global cooperation that saved world finance in the 2008 crisis may break down if there is another major shock or a deep recession.

David Lipton, the IMF’s second-highest official, said “it is unclear whether the US Federal Reserve would again be able to extend $1 trillion of dollar “swap lines” to fellow central banks….

It is a polite way of saying that the Trump administration might ask why it should “bail out” the Europeans … and why they should rescue the rest of the world.

…. Only the Fed can act as the ultimate lender-of-last-resort to the globalized dollar economy.

Isn’t Mr. Lipton really asking is if the US will be fool enough to bail them out again?

How does this affect us today?

The average investor today may have mixed emotions about another round of QE.

Don’t take this lightly. Economica warns what might happen:

“The Fed is communicating that they have shed less than $400 billion of perhaps a total $2 trillion “normalization”. Given the major market impacts during the relatively minor balance sheet reductions in 2007 and again at present, there is every reason to believe a 50%+ fall in the asset price is imminent absent a policy “U-turn” by the Fed.

Of course, that “U-turn” would (will) be an admission that the process of hyper-monetization that began in 2009 was, and still is, a one-way ticket.” (Emphasis mine)

It’s quite a dilemma. If the Fed raises rates too quickly, we will see the much-anticipated crash in stock and bond markets.

If the Fed reverses course and institutes another round of QE, will it include bailing out businesses directly? Shouldn’t the free market, not the government, pick the winners and losers? Are we just prolonging the inevitable?

Are there other options?

Economist John Mauldin believes the Fed is making a mistake (with my emphasis):

“…. I think a Federal Reserve policy mistake is our top risk. …. The mistake is already happening. The Fed is raising rates and reversing its quantitative easing at the same time. They should be doing one or the other, not both. I think the global balance sheet reduction is especially harmful.

I think/hope Jerome Powell will realize this in early 2019. If he doesn’t, or the rest of the FOMC disagrees with him, the year could get very rocky, very quickly.”

This recent policy release indicates the Fed will hold current interest rates while continuing to reduce their treasury holdings and mortgage debt on their balance sheet. Maybe they read John’s newsletter.

Is the U-Turn starting?

Chuck Butler reports on the recent Fed announcement, “Powell Ties The Dollar To the RR Tracks!”:

“The Fed’s FOMC meeting ended with no rate hike and a short speech by Fed Chairman Jerome Powell. And it was this short speech that got the dollar tied to the railroad tracks, ala Snidely Whiplash, while the currencies and metals ran over it…the rate hikes might be on pause for a while and he sees the first rate cut in 2020….”

“…. At this point, it doesn’t really matter. The bubble is pricked. The air is coming out no matter what the Fed does now. And he’s been saying all along that the Fed won’t be able to stop with ending its tightening program. That’s just a stop on the way back to zero percent interest rates and another round of QE.”

We have little control over the Fed, but we can let our representatives know how we feel. I need more information before I write my representatives, or make recommendations to our readers.

Last time most Americans got clobbered with QE. Former Fed Chair referred to us as “collateral damage”, do we really want more?

Stay tuned, next week I interview the best Fed guru I know, Chuck Butler, and see what he recommends.

If you want to understand Quantitative Easing clearly, I recommend you watch this 2:30 video. It is hilarious, and sadly accurate. You will likely enjoy it and get a great laugh.

Winter weather has pummeled much of the country. When you live in Florida or Arizona you forget how cold it can be in other parts of the world. 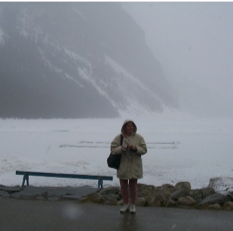 Several years ago, I took a mid-May assignment in Calgary. It took some selling on my part to convince my wife Jo to come along. I explained that the most beautiful part of the world I’ve ever been was Lake Louise, near Banff, Alberta. The water is emerald green and the scenery is majestic. We left a few days early so we could enjoy a long weekend there.

We left Florida in short sleeves and packed some coats because it might be cool at night. The first photo was dated May 11, 2001. It was freezing and the snow was blowing. Jo does not enjoy cold weather and let’s just say she was frosted. 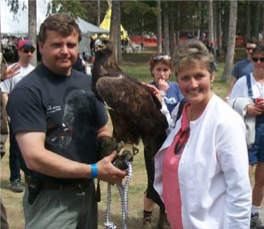 I got lucky, the weather improved and my nature-loving wife enjoyed a local fair. If you ever get close, Lake Louise and Banff are well worth the trip, it’s majestic!

While they are likely enjoying the ski slopes in the north, we are appreciating sweater weather here in AZ. It evens up in the summer when our temperatures regularly top 100 degrees.

One of my son’s childhood friends, Greg M., shares some Facebook humor: 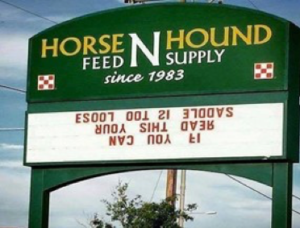 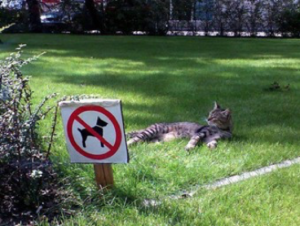 This last one got me… 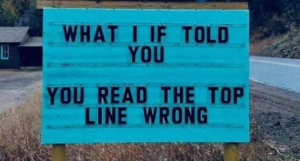