Will The Stock Market Protect You Against Inflation? 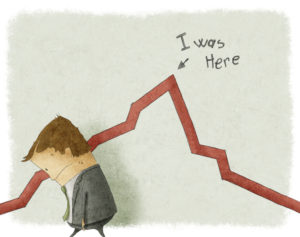 How do baby boomers protect their life savings from the ravages of inflation? Our recent interview with Chuck Butler got the attention of many readers. We reviewed how gold and foreign currencies performed during the high inflation Carter years. During a five-year period beginning 1/1/77, we experienced almost 60% inflation. That destroyed a lot of wealth held by seniors and savers. We concluded:

Preservation of capital (not losing money) is no longer the entire goal. We must preserve the buying power of our life savings!

Our handy Inflation calculator confirms the market didn’t offer much inflation protection at all. Just to keep up with inflation, the S&P should have climbed to $165.29.Readers asked about the stock market. One might think that the stock market would also rise with inflation. On January 1, 1977, the S&P 500 was $103.80. Five years later it closed at $117.30. 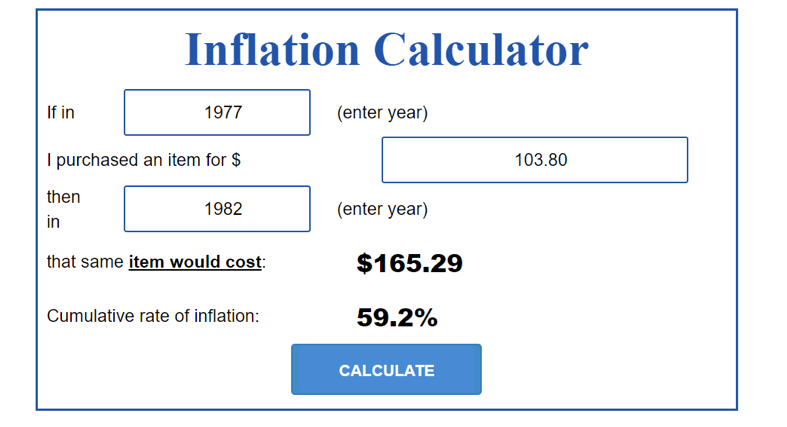 The Department of Energy historical gas pump prices reports the 1977 average pump price of $.62/gal more than doubled, rising to $1.31 over the next five years. The oil industry had no problem staying ahead of inflation. Their profits were so high, Congress instituted a “Windfall Profits Tax”. Of course, the consumer never saw a dime, the money went into the treasury to support government spending.

Our interview with Chuck discussed how metals and various currencies help offset inflation. Readers asked for more, what stocks and industries historically perform well in a high inflationary environment?

It’s time to talk with a member of our panel of experts, Tim Plaehn, Editor of “The Dividend Hunter”, a publication I highly recommend. Tim is in the trenches every day looking for industries and investments that will provide true income and growth for his subscribers.

DENNIS: Tim, thank you so much for your time helping to educate our readers. In the past, we have discussed how inflation can destroy the buying power of a stock portfolio. Readers are asking for help. They want to know what industries and companies have historically performed well (and poorly) during inflationary times.

During my first career, GE was a client of mine. Jack Welch used to preach that passing through price increases was a recipe for disaster. He contended that you never caught up. In times of high inflation, you had to be ahead of the price increase curve.

It was a constant challenge for all my clients. What industries seem to have the most luck keeping ahead of the inflation game?

TIM: Thank you for inviting me.

With higher inflation, costs of primary assets and commodities go up. So, think real estate and commodity producers.

You want to look for companies where the selling prices of their goods or services will go up faster than the cost of production and stay ahead of inflation. I agree with Jack Welch, merely passing through cost increases generally does not work well. Some industries can up their retail price and the consumer will still pay it. The Carter years were a good example, people cut back on recreational driving but they still needed gas to get to work.

Higher inflation also means higher interest rates, and there will be winners and losers in a higher rate environment.

DENNIS: Based on the Carter year data, index fund investors would have lost a lot of ground. What do you look for in individual companies to help offset inflation?

TIM: The big winners will be commodity producers, especially if they have low fixed or production costs so that higher sales prices mostly fall to the bottom line.

In the U.S., oil and gas producers will be big winners. As will the energy midstream companies that provide pipeline, storage, terminal, and other services to the energy sector.

Let me elaborate on the fixed cost issue for a minute using an oil well. Once the well is drilled, let’s say it costs the oil company $40/bbl. to get the oil out of the ground. If oil is selling for $50/bbl. their profit is $10. If the price jumps to $75/bbl., their cost does not change and their profit jumps to $35/bbl. Almost 100% of the price increase goes straight to profit.

Commodity producers have high fixed costs. If they can increase prices it has dramatic increases on their profit.

DENNIS: You focus on income investing. If a company’s dividend does not beat the rate of inflation, you also look for stock appreciation to stay ahead of the inflation curve.

I had clients in the oil industry. A saber would rattle is some part of the world and the pump price would jump by a dime or more the next morning.

I know you also look at associated industries like pipelines, service companies, etc. As a general rule, are they able to beat inflation? Are there any special characteristics you would look for?

TIM: The pipeline and midstream services companies with already built out pipeline and terminal networks will benefit most for the reasons I mentioned earlier. The cost of the assets has been paid and in a higher inflation environment will be irreplaceable.

Interstate pipeline rates are federally regulated. The pipeline companies are allowed to increase rates to match inflation, so revenue will grow with inflation while costs remain fixed. A nice mix for increasing profits and dividends.

What do I look for? Existing networks with a known fixed cost and a mechanism for easily passing along inflationary price increases.

DENNIS: Gold prices actually rose ahead of inflation and started coming down in anticipation of inflation receding. The high for gold during the 5-year period occurred in year 4. Is that pretty common in other industries also?

TIM: Oil is a fascinating commodity to study. There is natural depletion of producing wells, plus demand grows every year. Against that oil companies must make massive capital investments that can take up to a decade to pay off.

When the price of oil crashed in 2014 and 2015, what followed was three years of under-investment by the oil companies. Unless the world goes into a global recession that reduces energy demand, oil is behind the long-term curve to have enough supply to meet demand.

There is a lag factor also. The oil companies don’t start investing until they feel sure the demand is real. There are times production costs can exceed $50-$60 a bbl. or more. It then takes a few years for the investment to be made, wells drilled and production to start. During that time prices generally continue to rise.

My prediction is that when oil prices next start to go up, they could go up in a hurry and stay up. The last oil price boom started in 2002 and lasted for 12 years. I don’t believe that U.S. fracking producers can make up for the three years of underinvestment.

DENNIS: One final question. It appears the only way our government can pay for the unsustainable debt and unfunded promises is with highly depreciated dollars. Most every pundit today says inflation is inevitable, but have given up predicting when it will happen. Ten years ago, had you told me about all the QE programs and doubling our national debt, I would have thought high inflation would have been here long before now.

I feel investors are foolhardy thinking they can time the market, getting in and out ahead of the crowd. What do you recommend investors do today to have some reasonable assurance that they are protecting their life savings against inflation and still provide some income?

TIM: Besides a gold allocation, fixed income investments that adjust to higher rates will give peace of mind, protect capital and provide a growing return on investment. Remember that higher inflation (and possibly mad levels of government debt) will lead to higher interest rates. As we have previously discussed, traditional bond funds will be value destroyers.

Income investments that will provide positive returns are money market mutual funds and bond ladder strategies such as I recommend to my subscribers using the BulletShares investment grade bond ETFs.

Investors need income and want to limit their long-term fixed income exposure which is why ladders work well.

DENNIS: On behalf of our readers, thank you for your time.

TIM: My pleasure, any time.

Dennis here. The bulk of today’s wealth is in the hands of baby boomers and retirees, predominantly in index funds. Using the Carter year example, I’m sure many fund managers were touting their gains while their clients saw significant erosion in the buying power of the life savings.

While gold is considered the ultimate inflation hedge, we must balance the need for income. A well-rounded portfolio, including an allocation to companies and industries that do well in times of high inflation, adds a major layer of protection.

Last year I published the photo on the left of a cactus in our back yard, referring to it as the “Playboy variety”. It was around 6 inches tall when we planted it.

Well take a look at it now! It’s well over two feet tall and growing like mad. We had a rainy winter and we’re constantly amazed at how quickly desert vegetation can grow.

We have been focusing a lot lately on ways to hedge against inflation. I wanted to share this link to an article written by our friend Jeff Clark about silver. He makes a good case that silver will eventually break out and outpace inflation.

Friend Snow C. sent along some senior humor. For some reason, this one cracked me up.

Last year I replaced all the windows in my house with those expensive, double-pane, energy-efficient kind. Today I got a call from Home Depot who installed them. The caller complained that the work had been completed a year ago and I still hadn’t paid for them.

Helloooo…just because I’m a senior citizen doesn’t mean I am mentally challenged. So, I told him just what his fast-talking sales guy told me last year – that these windows would pay for themselves in a year. So Mr. Smarty-Pants, it’s now been a year, so they’re paid for. There was only silence at the other end, so I hung up. He never called back. I’ll bet he felt like a real idiot.